The highly sought after Illawarra Plum is a small bush tucker fruit which is native to the east coast of Australia. Also known as Daalgaal, Gidneywallum, Goongum and Plum Pine, the scientific name is podocarpus elatus.

The seed is actually on the outside of the fruit which is incredibly useful! The hard seed is quickly twisted off and the fleshy part of the fruit can be eaten raw, cooked, made into jam or spirits in the case of Headlands Distilling Co. The Illawarra Plum is delicious and while we have tasted the seed, it isn’t nice at all, better to plant it.

Illawarra Plum trees can grow up to 40 metres tall, though it would take a very long time to get a tree this size. The trees come in male and female versions and only the female produces fruit, the male is needed for pollination. Growers should plant at least 3 trees to have a good chance of having one of each. 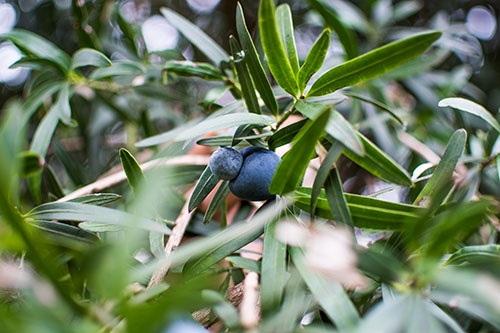 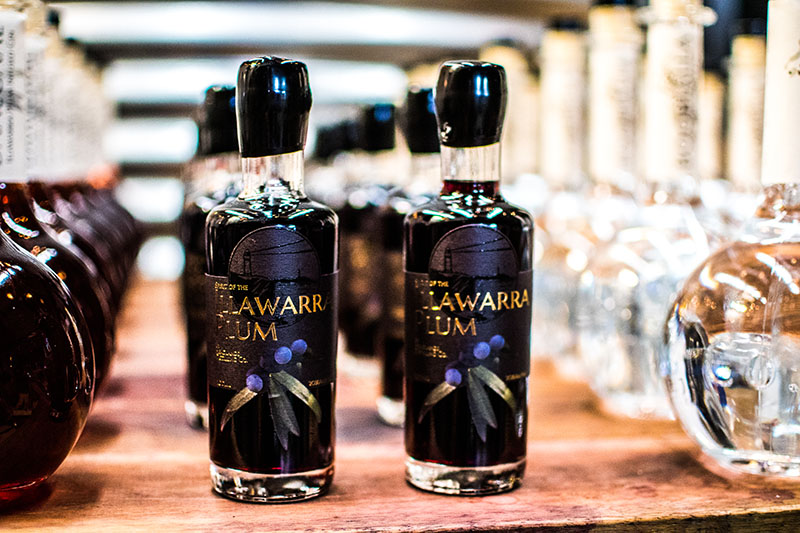 The Illawarra Plum is about the size of a large grape. 2.5cm in diameter. There are a few extremely important factors to consider when using Illawarra Plums as an ingredient. The flavour of the Illawarra Plum is best when perfectly ripe, or slightly overripe, when it is ready to fall off the tree, or has already fallen onto the ground. It is tempting to pick it off early, but the flavour will not be as pleasant!

Freezing the plums is also detrimental to the flavour. We have experimented with batches of Spirit of the Illawarra Plum which have been made using frozen Illawarra Plums and fresh, the flavour and colour of the fresh plums was a clear winner.

There is also a lesser known dwarf variety of Illawarra Plum, scientific name podocarpus spinulosus.The plant doesn’t grow as tall and has smaller, yet virtually identical leaves, and still produces edible fruit which are very similar to Illawarra Plums. The Australian Botanic Garden in Mount Annan features some trees which are podocarpus elatus x podocarpus spinulosus, so the two different trees can be crossed successfully. We have noted large differences in taste between Illawarra Plums growing in the Wollongong/Sydney region and those growing in northern NSW/southern QLD, so there are definitely some discrete strains. Headlands Distilling Co. has planted hundreds of seeds, noting their exact location. We are excited to taste them in a few years time! 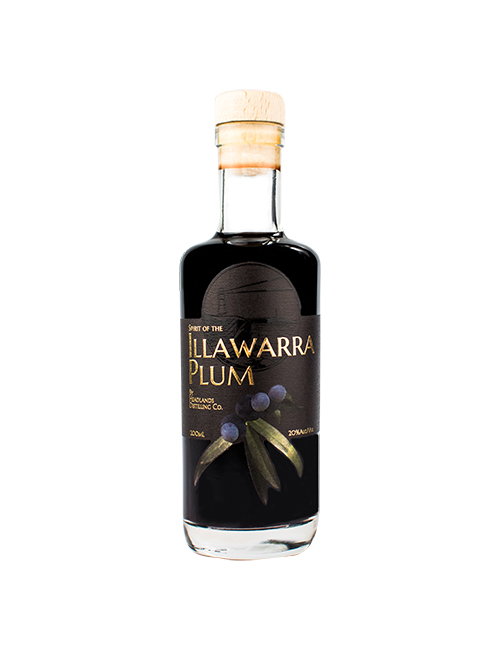