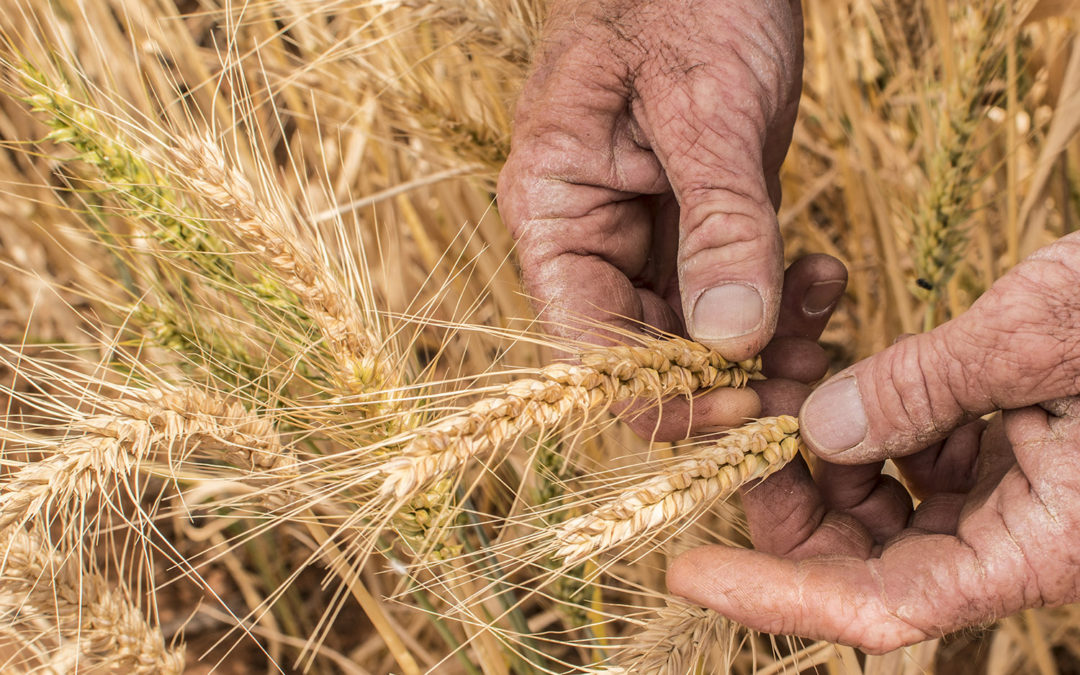 One of the most common questions we encounter is whether our vodka and gin, made from gluten containing grains (such as wheat and barley) are in fact gluten free?

To answer this question, it’s important to understand that gluten refers to a group of proteins present in grains such as wheat, barley, rye etc. For some people, the consumption of gluten can cause autoimmune and inflammatory responses. So it is understandable that there is now a billion dollar industry investing in ‘gluten free’ food and beverage.

Gluten in grains such as wheat and barley

With the explosion of products purporting to be gluten free, how sure can you be that they are in fact telling the truth? Fortunately, Australia and New Zealand have the strictest criteria in the world that products must adhere to in order to qualify for gluten free status. Food Standards Australia New Zealand (FSANZ), the peak body responsible for setting food standards, state that gluten free foods must not contain any detectable gluten. At the moment this threshold is about 1 part per million (ppm). In comparison, the global standard states that ‘foods containing less than 20ppm of gluten’ are safe.

What about spirits made from wheat and barley?

Turning to the spirits industry, it would seem logical that any spirits produced from gluten containing grains would not be gluten free. This is incorrect.

Take Headlands Distilling Company as an example. As explained in an earlier post [What is vodka made from?], vodka is made from many different starting ingredients. At Headlands, employing our grain to glass philosophy, we use wheat and barley to handcraft vodka. The production of vodka involves several stages, including milling, fermentation and distillation [see Types of Distillation Columns for a summary]. Gluten, being a protein, is not a volatile compound and will not be distilled. This means that there isn’t any gluten in the ethanol that is used for our vodka.

It’s important to note that we can’t speak for all distilleries on the gluten front, since most don’t distill their products from scratch. In most cases, vodka and gin distilleries purchase pre-made ethanol. It is therefore impossible to know what has gone into the production process. If you’re concerned, we recommend asking how they monitor their fermentation and distillation process.

To be clear, every batch of Seacliff Vodka by Headlands Distilling Company has not been tested for the presence of gluten. We can’t be 100% certain that every bottle is gluten free. However, given our production process and the chemistry of fermentation and distillation, it is highly unlikely that any trace gluten will find itself into the vodka. Furthermore, Coeliac Australia have stated that all distilled alcohol is ‘gluten free’ and is suitable for those with coeliac disease.

In addition, chemical analyses of food and beverage products throw support behind the notion that white spirits prepared from gluten-containing ingredients are in fact gluten free. Experiments conducted in a laboratory, with advanced analytical equipment, showed that potato vodka contained no detectable gluten. This is unsurprising, given that potatoes are naturally gluten free. Interestingly, when they tested a gin prepared from gluten containing grains, they detected gluten at a concentration of 0.06ppm. This is 15 times below the Australian gluten threshold and a whopping 300 times lower than the global threshold.

Furthermore, the peak government body responsible for biomedical and public health research in the United States – National Institutes of Health (NIH) – have stated that distilled beverages made from gluten sources are safe to drink. Taken together, the evidence lends support to vodka being gluten free, irrespective of its starting ingredients.

If you are concerned about the presence of gluten in vodka, gin or any other spirits, the best way to check is to use a gluten detection device. These are readily available online and see constant improvements in their precision. Alternatively, if you want to see how Headlands takes steps to minimise the likelihood of gluten contamination, you should visit the distillery to observe the various stages of grain preparation and production. At the end of the day, Headlands carefully monitors each phase of the vodka production process and takes all necessary action to minimise the chance of residual gluten finding its way into Seacliff Vodka.